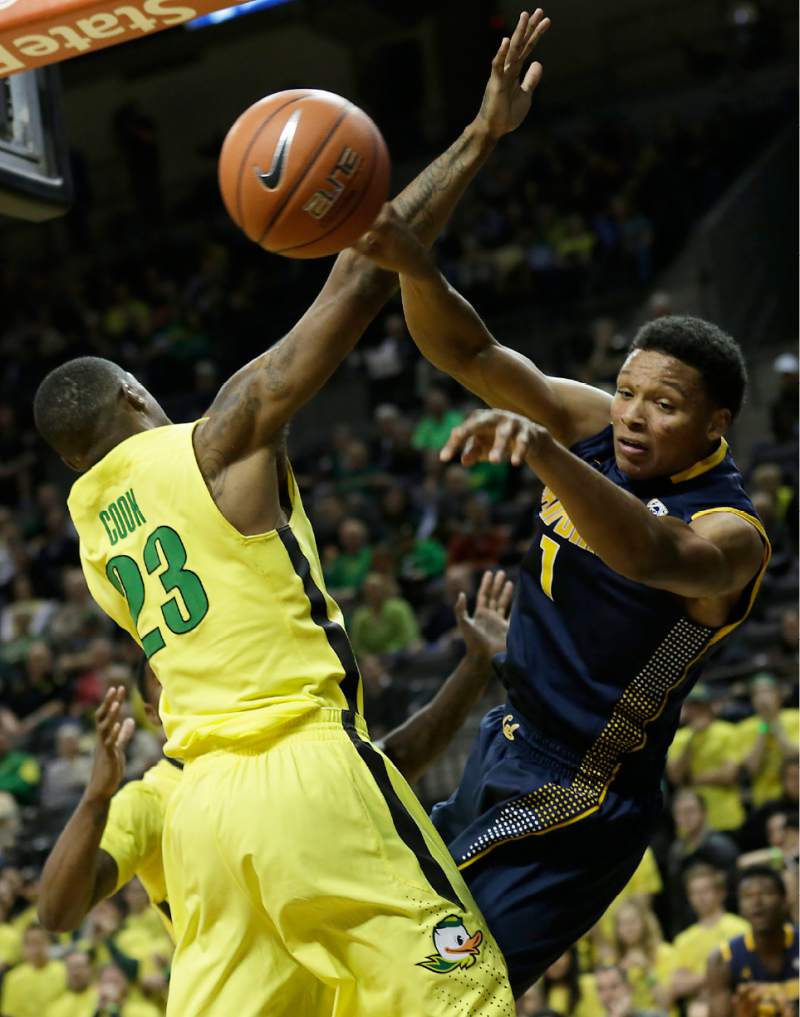 In last Saturday’s win over Stanford, a pair of Bears recorded career highs. Junior Sam Singer, starting his fifth game in place of an injured Tyrone Wallace, dished out a personal-best nine assists against just two turnovers. And sophomore center Kameron Rooks came off the bench for a career-high 11 points and tying a personal record of 12 rebounds.

Overall, freshman Jaylen Brown continues to pace the squad with 15.8 ppg. He’s had at least 15 points in each of his past five games and poured in a team-high 20 in the first meeting with Oregon this season. Freshman Ivan Rabb leads Cal in rebounding (8.4 rpg), blocks (29), field goal shooting (62.1%) and double doubles (8). On the outside, junior Jordan Mathews is connecting on 44.9 percent of his 3-point attempts, including 49.4 percent at home.

With a 14-0 record inside Haas Pavilion, Cal enters the week trailing only Louisville (15-1) for most home court victories over Division I opponents this year. The Bears are tied in the No. 2 position with Oregon, USC and Saint Mary’s (both Oregon and Saint Mary’s have an addition non-Division I home win).

Oregon enters tonight’s game having won six in a row and nine of its last 10 contests. Last week, the Ducks defeated Colorado (76-56) and Utah (76-66) in Eugene.

Oregon is 3-2 in Pac-12 road games with wins over Utah, Arizona and Arizona State and losses at Oregon State and Colorado.

Cal leads the series with Oregon, 83-57. The Ducks took the first game between the schools this season, 68-65, in Eugene. Jaylen Brown led the Bears with 20 points, while Ivan Rabb added 17.

The best offshore sportsbook has the Golden Bears a 1-point home dog with no total set at this time. Visit America’s Bookie for up to the second lines for this game and all the NCAA Basketball action leading up to and including March Madness.