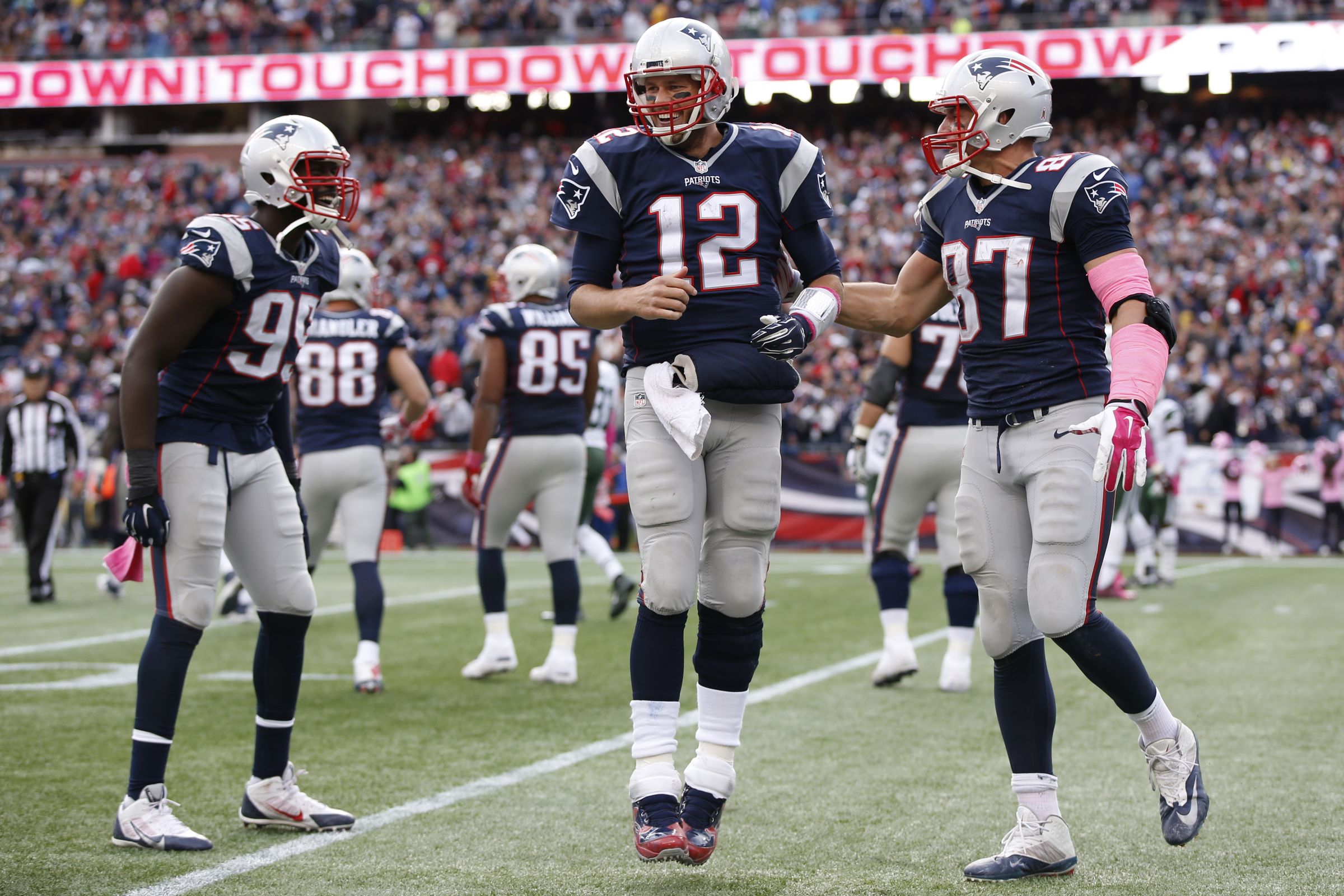 The Denver Broncos couldn’t have asked for much more from Brock Osweiler in his 1st career start. He was accurate, completing 20 of 27 passes (74.1%) and he didn’t commit any turnovers. He got the ball into his playmakers’ hands, including a 48-yard catch-and-run touchdown to Demaryius Thomas and a 10-yard score to Cody Latimer. And, most importantly, the Broncos got a win.

Osweiler finished with a 127.1 QB Rating that was better than any mark QB Peyton Manning has posted this season. He threw mostly short, safe passes. Eight went to Thomas, and 12 went to his TEs. The only knock is that he struggled when pressured and took 5 sacks. Pressure will be the main dish on the menu that coach Belicheck will order for Osweiler.

Demaryius Thomas faces a fun matchup as the team’s top target facing a Patriots secondary that has allowed the second-most yards in the league to receivers, with only the Chiefs proving more generous to the position. A lack of touchdowns despite a heavy target rate suggests a positive correction is still on the way for Thomas.

The Broncos posted a season-high 170 rushing yards in Week 11, with Hillman earning a valuable 22 touches in the process. As the team’s current tailback of choice, Hillman should do well versus a Patriots front that just allowed the Bills’ backfield to enjoy a productive outing.

Brady was pressured (hit, sacked, or put under duress) on 20 of his 40 drop backs this past Monday, his most in any game over the past seven seasons, according to my Stats & Info Sources. Brady attempted 19 passes under duress, also his most in a game in that span. This will be the recipe from Denver’s coaching staff. Tom Brady was only 2-of-7 (28.6 percent) targeting Gronkowski on Monday night, his lowest completion percentage when targeting Gronkowski since Week 4 of 2011 against the Raiders, per my Stats & Info. We’re eyeing a rebound outing for “Gronk” given an expected high target share as the team’s receiving corps is thinned by multiple injuries.

Have a look at our review of the world’s best sportsbook, America’s Bookie now for the safest and most respected site to place all your sports bets.