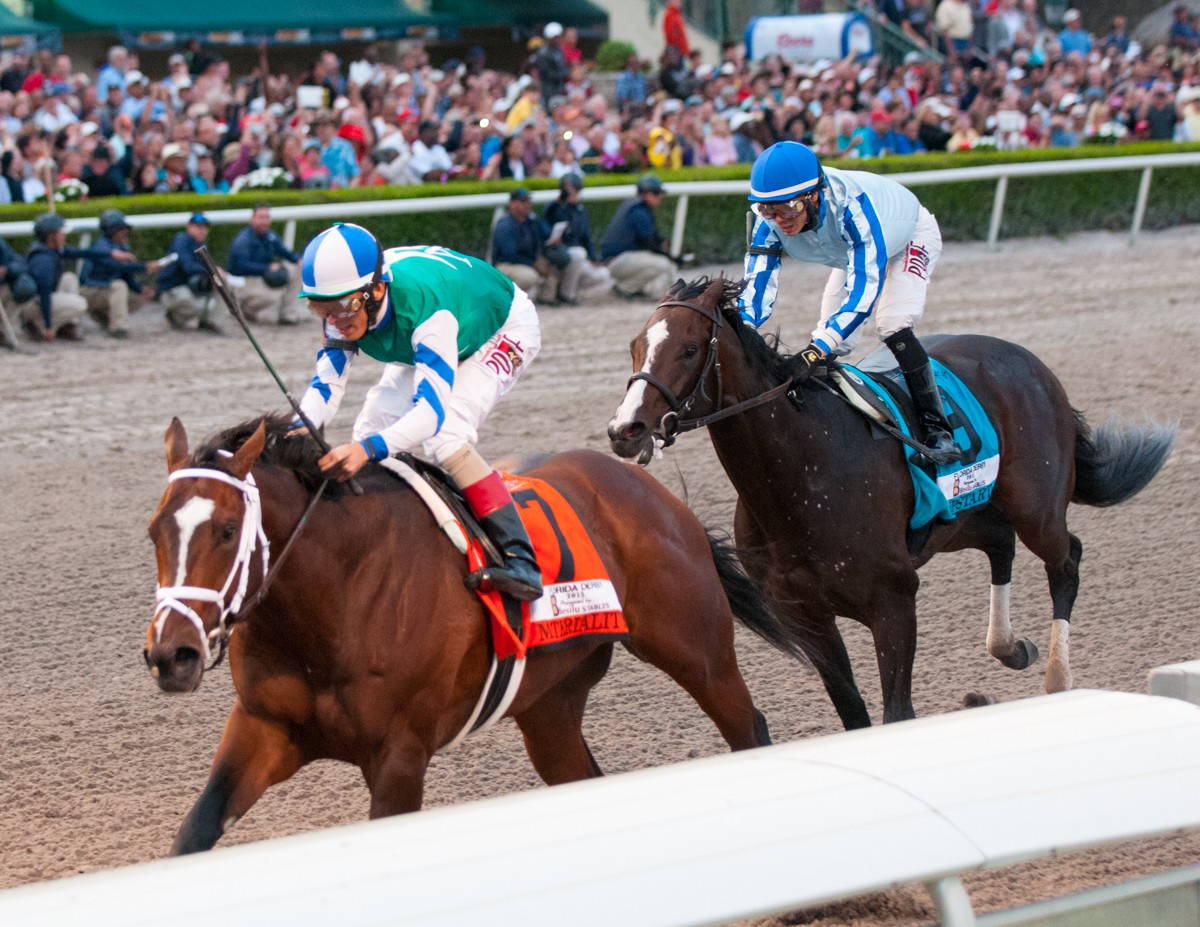 The month of April marks the final push towards setting the 20-horse field for this year’s Kentucky Derby with a number of major stakes races on the schedule. Kicking things off in a big way this Saturday is a pair of $1 million events with the running of the Florida Derby at Gulfstream Park and the Louisiana Derby at Fair Grounds Race Course.

The projected field for both races is deep in talent and it is very likely that the winning three-year old in each of these major graded events will immediately move to the top of the list as one of the top favorites to go on and win this year’s Kentucky Derby. I have done my best to handicap the field for both the Florida Derby and the Louisiana Derby to come up with a winning exacta pick for each event.

The Florida Derby is a Grade 1 stakes race for three-year old thoroughbreds contested on the dirt track at Gulfstream over a distance a 1 1/8 miles. With a total prize purse of $1 million, the main event on Saturday’s card has attracted a field of 11 entries.

The big buzz surrounding this race is trainer Antonio Sano’s Gunnevera, who will be starting from the 11th post with jockey Javier Castellano getting the ride. With morning line odds of 9/5 as the favorite, this three-year old Kentucky-bred colt comes into this race with a home track advantage after placing second at Gulfstream in the Grade 2 Holy Bull Stakes in early February before going on to win the Grade 2 Fountain of Youth Stakes here on March 4 at a distance of 1/16 miles ahead of Practical Joke and Three Rules. I would have to agree that the son of Dialed In is the class of Saturday’s field.

My second choice in the Florida Derby is State Of Honor breaking from the No. 1 post at 8/1 morning line odds. Trained by Mark Casse and ridden by Julien Leparoux, this three-year old Canadian-bred colt really impressed me with his second-place run behind a very talented Tapwrit in the Grade 2 Tampa Bay Derby over a distance of 1 1/16 miles on March 11. This is another contender with experience racing at Gulfstream after finishing second in the ungraded Mucho Macho Man Stakes in early January.

The featured race at Fair Grounds this Saturday has a nine-horse field on the card. The Louisiana Derby is a Grade 2 stakes that also has $1 million up for grabs in its total prize purse. It will be contested on the dirt track over a distance of 1 1/8 miles.

The post positions have been set in what should be one of the most competitive Kentucky Derby prep race we have seen this season. Trainer Joe Sharp’s Girvin has been opened as an 8/5 favorite out of the eighth post with jockey Brian Hernandez getting the ride, but I have him fading to third as my Show horse in this race.

My top pick is trainer Todd Pletcher’s Patch as a 9/2 fourth-favorite in this deep field. This three-year old son of Union Rags will break from the first post with jockey Tyler Gaffalione aboard in his first ever stakes race. The only tape we have on this horse is a victory in a Maiden Special Weight race at Gulfstream over the distance of a mile on Feb. 18, but I have a feeling that he could be Pletcher’s top contender when the Triple Crown racing series rolls around.

I am going with Local Hero as a 7/2 second-favorite out of the third post as my second choice in this race. Trained by Steve Asmussen and ridden by Florent Geroux, this three-year old Kentucky-bred colt finished third behind Girvin and Untrapped in the Grade 2 Risen Star at Fair Grounds on Feb. 25 a 1 1/16 miles and I like his chances to get past the favorite this time around following some impressive workouts for Saturday’s main event.