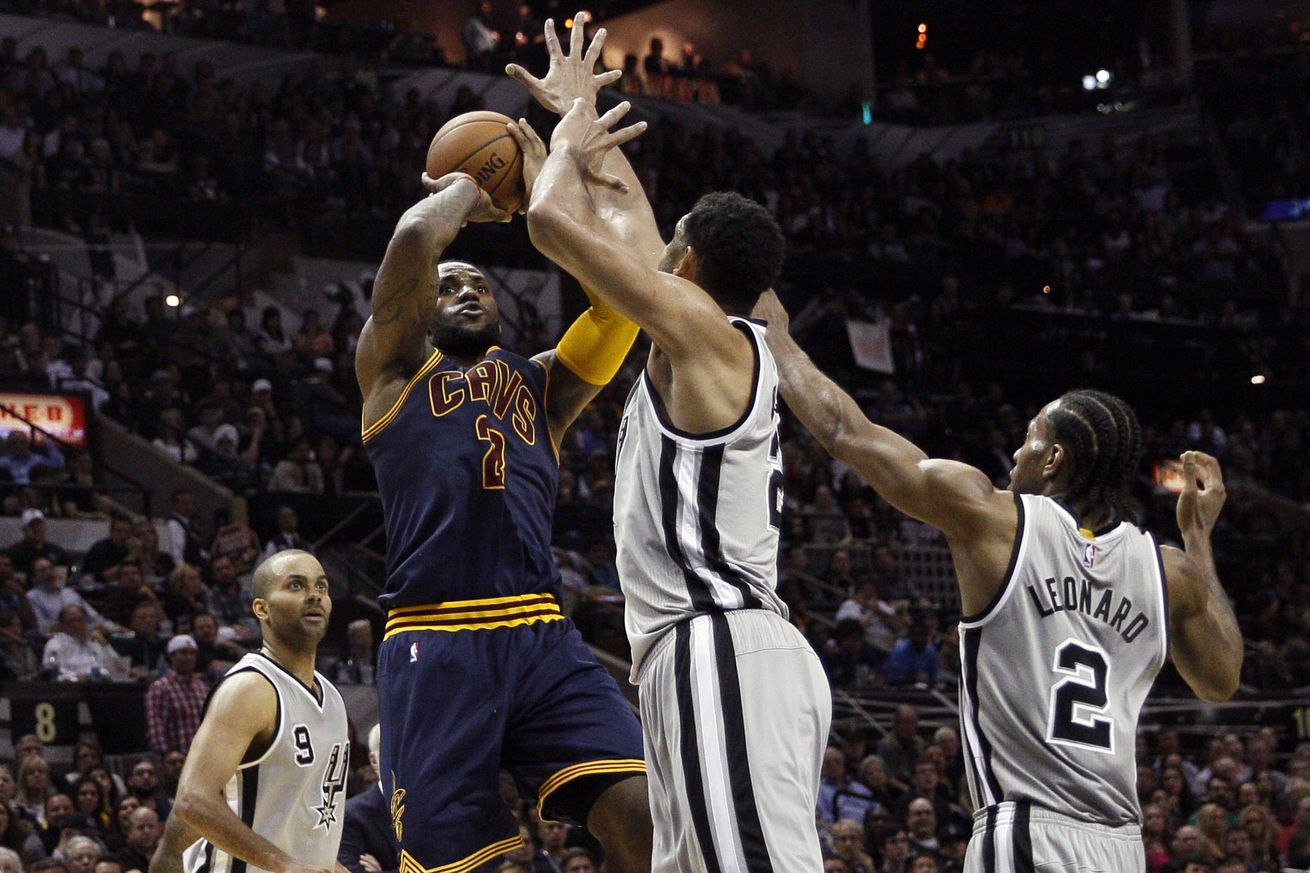 The Spurs are 1-0 against the Cleveland Cavaliers this season. In the first meeting, the Silver and Black won their 10th game in a row with a 99-95 victory over the Cavaliers at the AT&T Center on January 14th. San Antonio trailed by 15 points just moments into the second quarter, but cut the deficit to six at halftime.

The Spurs would outscore Cleveland 55-45 in the second half on the strength of a 27-point fourth quarter to come away with the win. With Cleveland leading 73-72 entering the fourth quarter, San Antonio began the final period on a 13-2 run to gain control.

Tony Parker and Kawhi Leonard each fueled the hosts to victory as Parker ended the night with a game high 24 points, while Leonard registered a double-double with 20 points, 10 rebounds and a team-high 5 assists. LeBron James led five Cavaliers in double figures, finishing with 22 points, 7 rebounds and 5 assists. The Spurs bench outscored Cleveland’s bench 35-12, led by David West’s 13 points (5-7 FG, 3-3 FT).

After not playing in San Antonio’s two games in October, Spurs rookie Jonathon Simmons has increased his scoring average in each month of the season since. The University of Houston product averaged 4.2 points in five games in November, 5.7 points in 15 games in December and 7.3 points in 12 games this month.

Now in his 13th professional season, David West is shooting a career-high field goal percentage (.573). The first-year Spur has recorded 19 games of shooting 100 percent in his career with nine of those games coming this season. West’s previous career-best field goal percentage season occurred in 2005-06 (.512) when he was a member of the New Orleans Hornets.

The Spurs are 5-1 ATS in their last 6 meetings in Cleveland, with the road team 4-0 ATS the last 4 times these two have played each other. The OVER is 9-3 in the last 12 meetings between the two. Early lines have the Spurs a 1-point road favorite with the total set at 206½. Be sure to check in with the America’s Bookie on game day for up to the minute lines.