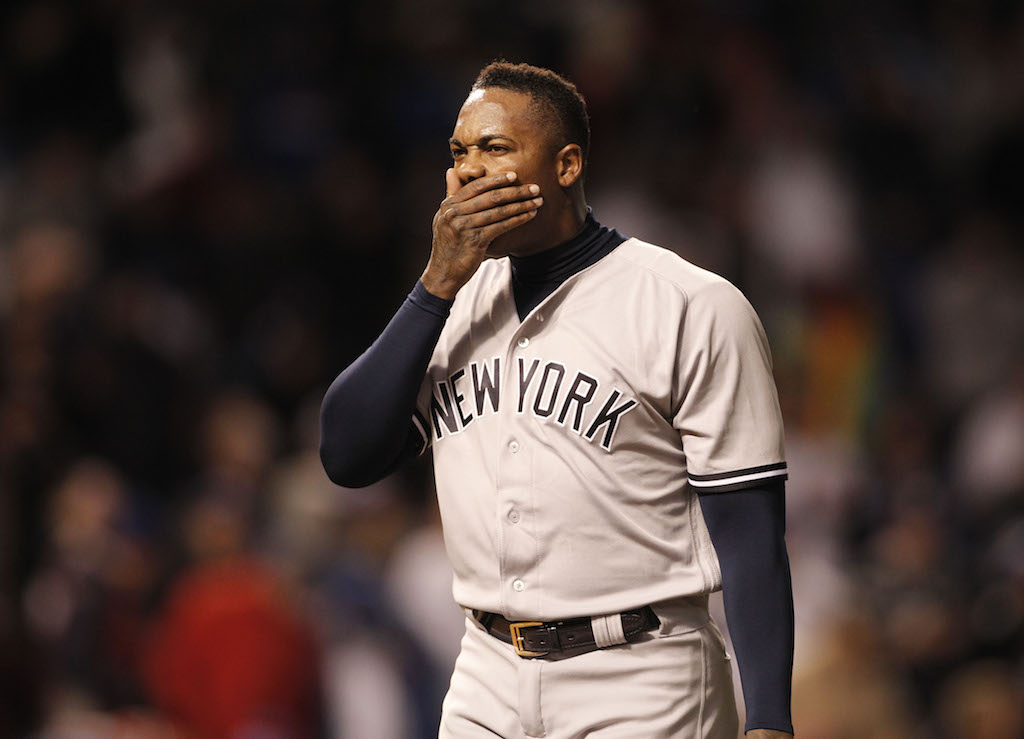 After sailing along this season, the Yankees have encountered pitching problems and are going to have to figure out how to get around them.

Betting baseball seems so easy in theory, all you have to do is pick the winner. No point spread (unless you like to be run lines) to lose by a half a point on like in football or basketball. Funny thing about baseball, just when it looks almost certain, something changes.

Take the New York Yankees this past week. Here they were, sitting atop the AL East with a fine 38-23 record after the first contest of their seven-game Cali road trip and everything was rosy. I mean come on, the way the Bronx Bombers offense was scoring runs, going up the Angels and Athletics, what could go wrong?

Pitching Staff is Washing Away

Quicker than a John Sterling home run call on the radio for New York, Joe Girardi’s pitching options have been dramatically altered.

It started with CC Sabathia going down on June 13 with a strained left hamstring. Sabathia was having a resurgence, just like his team, but now, GM Brian Cashman has stated the aging big man will be gone for at least six weeks.

At least Sabathia was injured, because there is nothing wrong with Masahiro Tanaka other than the fact he has an ERA of 6.34 and he’s given up more home runs (21) pitching about every fifth day, than all other players than his teammate Aaron Judge has sent over the fence (23) playing every day.

There is no indication that Tanaka is suffering from any aliment and is still striking out a batter in inning, proving that he has quality stuff. However, the movement and particularly the placement is not even close to good enough, as opposing hitters are batting unfathomable 52 points higher than Tanaka career average (.293 versus .241).

Finally, the bullpen has been without Aroldis Chapman since May 12th until June 18th with an inflamed left shoulder rotator cuff. At first Girardi was able to maneuver the Yanks bullpen without their closer. And while the Pinstripes are still third in bullpen ERA and just a few digits over .200 batting average allowed, as this is posted on this website, the Yankees have just one less blown save, than Texas, Detroit and Tampa Bay, all tied with the most in the AL with 13.

For Yankees Multitude of Baseball Bettors, Now What?

Maybe it was just one of the those quirky baseball happenings that occurs to all squads when playing 162 games. However, if you are a devout Yankees backer, losing 7.6 units in less than a week means you have catching up to get back to +12.7 units, which is where you were the night of June 12th.

While it was not expected Sabathia would pitch the same way for an entire MLB season like he had thus far, if you take New York’s season as a whole to this point from the starting pitcher perspective of pure wins and losses when a certain hurler start a game and there is an outcome, the Yankees are just two games over .500 when subtracting Sabathia’s contributions.

Maybe being at home will help New York restore their confidence (22-9, +9.8 units as of 6/20), but backing them has to be somewhat discomforting.