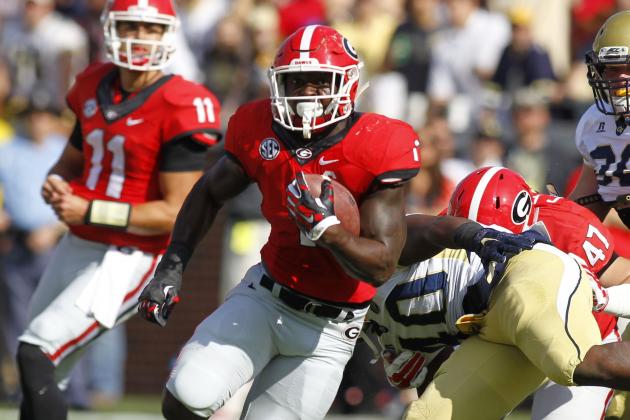 Georgia is 9-3 overall with a 5-3 mark in SEC play. The Bulldogs have SEC wins over Vanderbilt, South Carolina, Missouri, Kentucky and Auburn. They finished the regular season with a four-game winning streak capped with a 13-7 win over in-state rival Georgia Tech. Assistant head coach/wide receivers coach Bryan McClendon will serve as Georgia’s interim head coach for the bowl game.

The Bulldogs suffered a 24-19 loss to Nebraska in the 2014 TaxSlayer Bowl game, its most recent game against a Big Ten team.

Georgia ranks eighth nationally in total defense allowing 298.0 yards per game. Dominick Sanders is tied for the lead in the SEC and 17th nationally with five interceptions.

Freshman running back Saquon Barkley was named to the All-Big Ten second team by the coaches and media after breaking the Penn State freshman season rushing record with 1,007 yards, surpassing the mark of 1,002 set by D.J. Dozier in 1983. Barkley was selected BTN.com’s conference Freshman of the Year.

Sophomore wide receiver Chris Godwin was selected to the All-Big Ten second team by the media and the third team by the coaches. He ranks 30th in FBS and second in the Big Ten with 968 receiving yards. Godwin is also tied for fifth in the conference in receptions per game (5.3).

Penn State ranks 14th in the country in total defense, yielding an average of 324.3 yards per game. The Lions lead the country in denying fourth down conversion attempts, as opponents have been successful at a rate of just .167. The Nittany Lions have allowed only 35 points in the first quarter in 12 games in 2015, an average of 2.92 points per game.

The Penn State defense has been particularly stingy at home, had held 10 consecutive opponents to less than 300 yards of total offense until Michigan registered 343 yards on Nov. 21. Prior to the Wolverines accumulating 300 yards, Northwestern in 2014 was the only other team to accomplish the feat.

The end Bowl Season is getting near, don’t miss out on the action, go to the world’s best online sportsbook while you can.