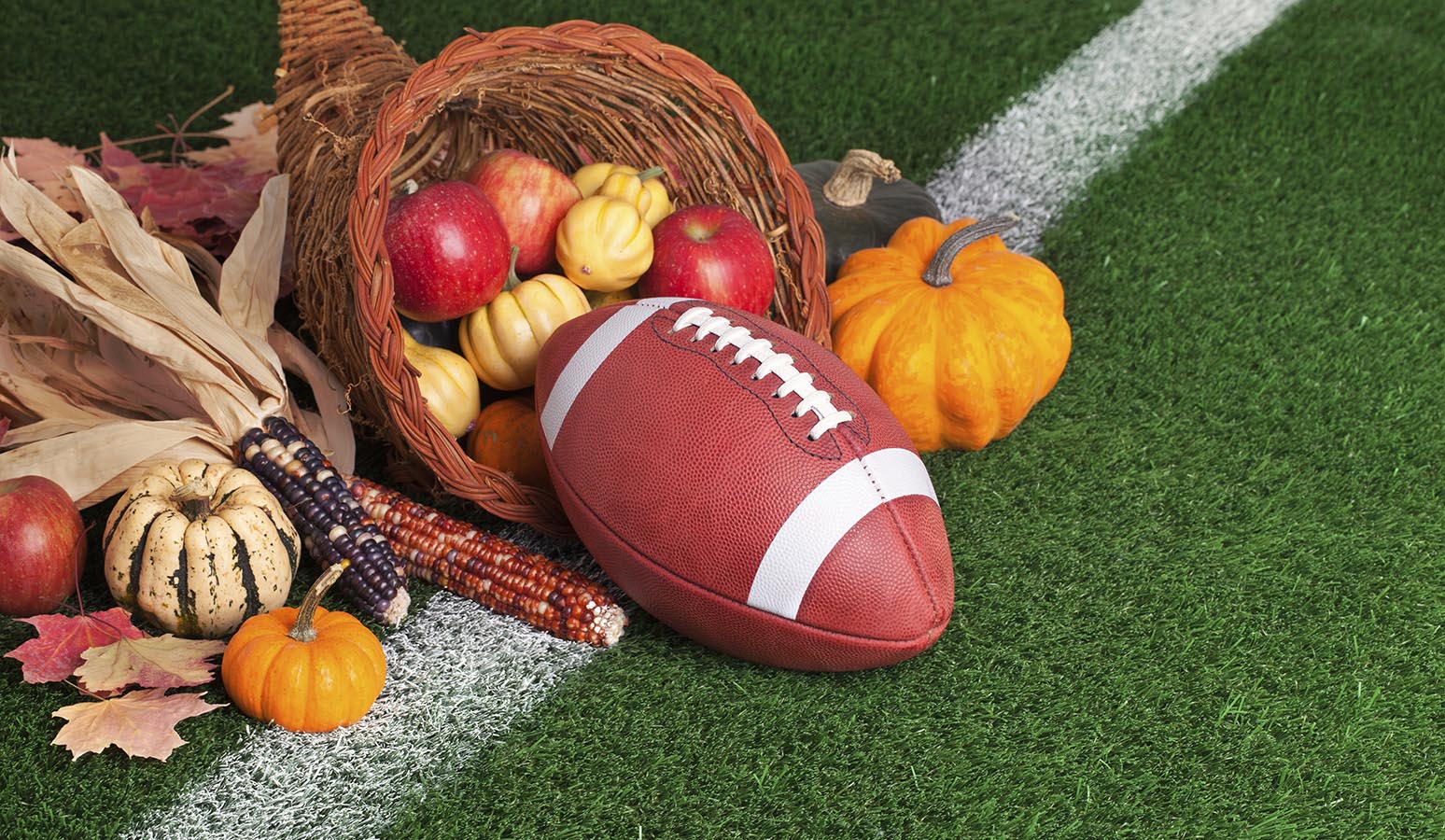 There is nothing better than celebrating the Thanksgiving Day Holiday with some betting action in the NFL. Football and turkey have gone hand and hand for quite some time now and from early afternoon right through the night the slate is packed with a trio of intriguing matchups. All three NFL games have the potential to not only impact four division title races, but the wild card playoff situation as well in both the NFC and the AFC.

The Detroit Lions have traditionally gotten things underway on Thanksgiving in the early afternoon game and this Thursday they will play host to NFC North Division rival Minnesota with kickoff from Ford Field slated for 12:30 p.m. (ET). Both teams have taken a widely different path to 6-4 records (both straight-up and against the spread), but the bottom line in this classic black and blue showdown is that the winner will have the clear edge in the division title race.

The Lions have been opened as 2.5-point home favorites and the total line has been set at 43. Detroit was able to battle back from a slow start with a 5-1 run both SU and ATS in its last six games. The Vikings blew out of the gate to a 5-0 start (SU and ATS), but they have just one win both ways in their last five outings. Momentum could be a key factor in this game and the Lions already have the season series edge after beating Minnesota 22-16 as five-point road underdogs on Nov. 6. Detroit has covered in four of their last five Thursday games and it has a 4-2 SU record in its last six home games against the Vikings. The lean goes towards the Lions.

Click here to see the top per head sportsbooks.

Next up is a big NFC East clash between the 6-3-1 Washington Redskins and the streaking 9-1 Dallas Cowboys. Both teams come into this matchup hot with Washington going 7-1 ATS in its last eight games verse the Cowboys’ current nine-game winning streak SU and ATS. Dallas is currently a seven-point home favorite with most online sportsbooks for this 4:30 p.m. start at AT&T Stadium and the total for the game has been set at 51.

These two met back in Week 2 with the Cowboys coming away with a hard fought 27-23 victory as three-point road underdogs. The total went OVER the closing 47.5-point betting line in that game. The road team in this bitter division rivalry is now 6-0 SU in the last six meetings with a 5-1 edge ATS and the total has gone OVER in three of the last four games between the two. The Redskins have the clear edge when it comes to playing in Dallas with a highly profitable 8-1 record ATS in their last nine road games against the Cowboys. Going way back in this long-running rivalry, the underdog holds a 24-9 advantage ATS over the last 33 games. Trends may favor the road team, but current form still favors Dallas at home.

Thursday night’s matchup on Thanksgiving is an AFC clash between two 5-5 teams that were both expected to be much better than their current record indicates. The Pittsburgh Steelers are still tied with Baltimore for the lead in the AFC North and they will go on the road to Lucas Oil Stadium as seven-point road favorites against Indianapolis. The betting line for the total in the 8:30 p.m. start has been set at 51.5.

The big storyline heading into this game is that Colts’ quarterback Andrew Luck appears to be out for Thursday night with a concussion so they will have to turn to Scott Tolzien as their starter. That moved the betting line 4.5 points after Pittsburgh opened as a 2.5-point favorite on the road. The total for the game has come down a bit after opening at 53. The Steelers have a SU 5-2 edge in their last seven road games against Indianapolis and the total has stayed UNDER in four of the last five meetings here. The edge in this game still hinges on Luck’s actual playing status for Thursday night.