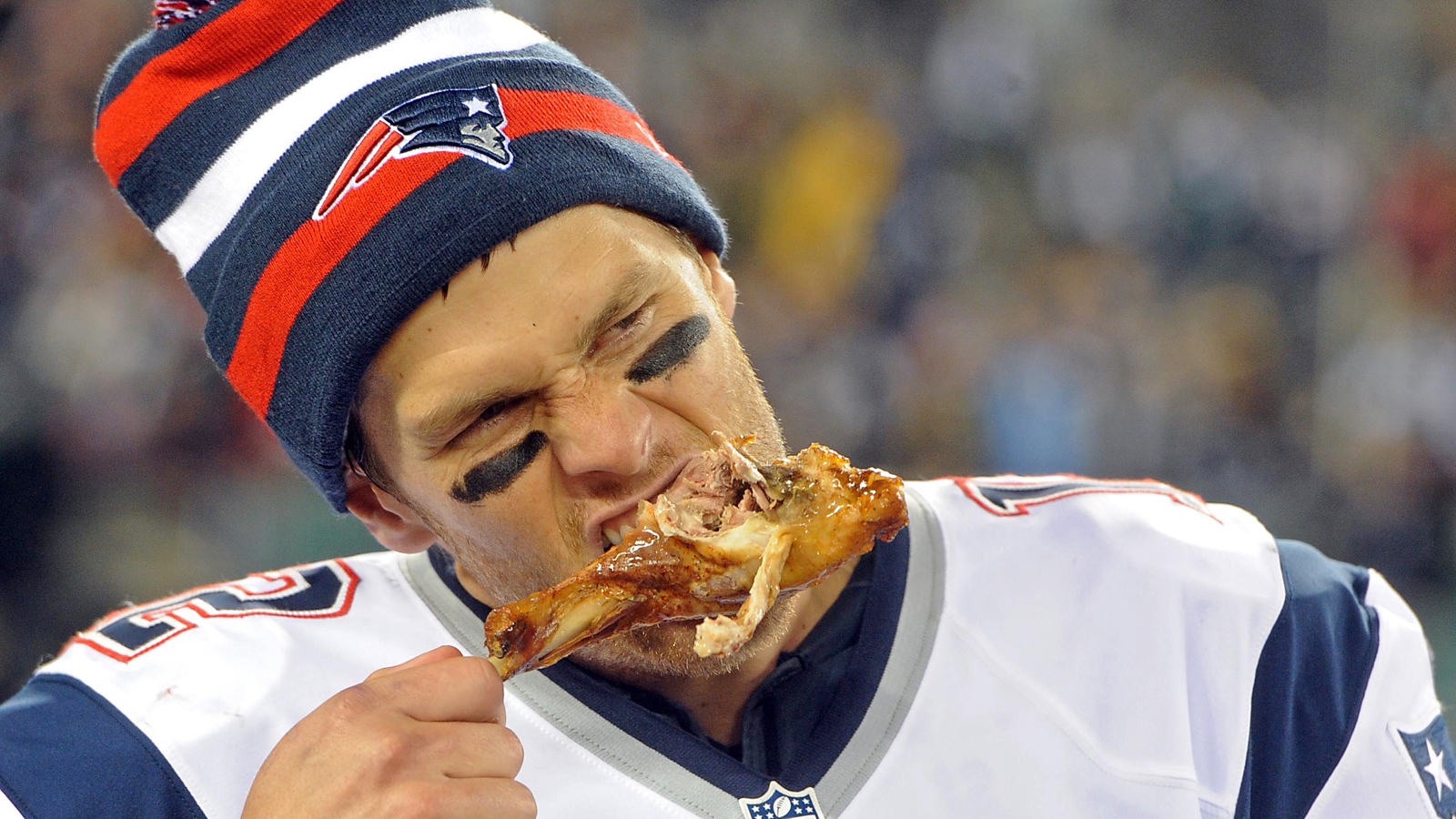 Is there a better day of the year then Thanksgiving? The turkey, the stuffing the cranberry sauce, and the pumpkin pie. You have nothing to do all day except eat drink and of course watch football. It’s even better than ever now that we are getting 3 games instead of the usual 2. The Lions have been playing on Thanksgiving for many many years then in the 70’s America’s team the Cowboys started to join the party. The problem was the Lions were a bad team for years and sometimes the Cowboys would be facing a team that was overmatched on the big day. That is not that is not the case this year as although the Lions have had a rough go of it this year they are playing another team that has struggled, and the Cowboys who won for the 3rd time all year due to Romo’s return, play a Panthers team who are undefeated. Even in the 3rd game the Packers are playing a team who started slow but has turned it on in recent weeks. What does this tell you? It means we will have 3 exceptional games tomorrow.

So stick the wife in the kitchen, get the turkey ready, let the kids play football in the yard, make sure you have enough beer, and get the barco lounger warmed up cuz we are gonna have some fun tomorrow, and to pay for it all we will be giving you a Slam Dunk 10 point teaser to pay your fun and games.
In the first game we have the Lions as 1 point favorite at home vs. the Eagles. The Eagles have been struggling lately and it doesn’t really matter if Sam Bradford, Mark Sanchez or Ron Jaworski will be playing in the game. The Lions have played very well now that their season is over and the pressure if off. They have also played better in recent years on “Turkey Day”. The Lions will win this game but if you add 10 points and bump it up to +9 you surely will cover in Game 1.
In Game 2 the line is totally out of wack. The Panthers were insulted that they come in at 10-0 and started out as 1 point dog. The line has adjusted itself to make Carolina a 1 point favorite. Vegas know that everyone wants to bet the Cowboys and Tony Romo and they will be wrong. Just as we did in the first game bump it up to +9 to give you a cushion in case anything crazy happens.
In the 3rd game the Packers righted the ship last week by winning in Minnesota, they learned their lesson 2 weeks ago when they were upset by the Lions at home. They will not make the same mistake again. They are favored by 9 points so if you add 10 points to them then all the need to do is basically the game and they will.
Enjoy the day guys, but first remember to call up America’s Bookie and tease the Packers, Panthers and Lions to pay for all the food and drink you will be serving for the family. If you do it right you should have some money left over for a little Christmas shopping on Friday between leftovers. Happy Thanksgiving everyone.

If you need a second opinion on the Thanksgiving Thursday Three Team Special Teaser, have a look at what Joe Berra is bringing to the party.