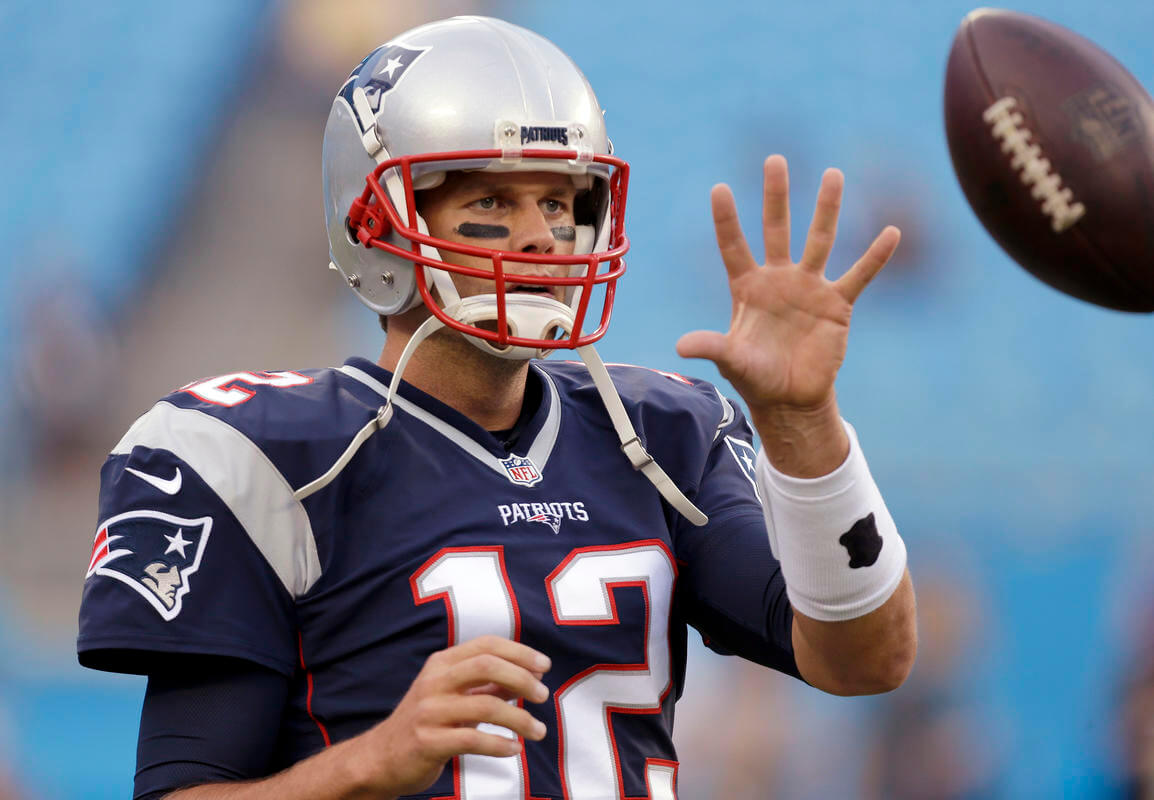 Even the casual football fan is probably aware of the long, drawn out saga between New England Patriots’ quarterback Tom Brady and the NFL over a four-game suspension that goes all the way back to the 2015 AFC title game against Indianapolis over deflated footballs. This Sunday at FirstEnergy Stadium in Cleveland this whole debacle will finally be put to rest when Brady returns to action after serving out that suspension over the past four weeks.

Leave it to some of the top online sportsbooks in the sports betting game today to post a few special props in conjunction with the future “Hall of Fame” quarterback’s return to the Patriots’ starting lineup. He could be setup for some big success right off the bat with 3-1 New England listed as a heavy 10.5-point road favorite against the 0-4 Browns.

The first prop on the list is an “over/under” bet on his total passing yards this Sunday. The total has been set at 285.5 yards with a -120 money line for both the OVER and the UNDER.

Right off the bat, Brady comes into this game with an average of 257.9 yards a game over the course of his storied 16-year NFL career. Last year that average ballooned to 298.1 yards in one of his best seasons in the league. One of the burning questions that needs to be answered is what kind of offseason rust will Brady bring into Sunday’s contest after seeing very limited action in the preseason. There has to be some, but I do not think that will be a big contributing factor in Sunday’s game.

What could have a big impact on Tom Brady’s total passing yards against Cleveland is the Patriots’ early success running the ball behind LeGarrette Blount. He has carried the ball 88 times for 352 yards and New England as a team is ranked third in the NFL in average rushing yards per game (135.5). We all know that head coach Bill Belichick is a master of deception, but it would make perfect sense to try and exploit a Browns’ defense that is allowing 118.2 rushing yards a game with a heavy dose of Blount this Sunday afternoon as long as his sore hip holds up.

Another factor that could keep Brady’s passing yards down is the obvious mismatch between these two teams. New England has already beaten the likes of Arizona and Houston with both Jimmy Garoppolo and rookie Jacoby Brissett under center, so it should be able to coast against a Browns’ team that appears to be getting worse with each passing week. There probably will not be a need for Brady to put the ball up all that much.

The second prop on the list has to do with Brady’s total touchdown throws on Sunday with the over/under set at 2.5. The betting odds for the OVER have been listed at +120 and the money line for the UNDER comes in at -160.

Just because Brady may not throw for a ton of yards does not mean that New England will have trouble scoring touchdowns through the air. We could very well see a scenario where the Patriots move the ball down the field on the ground and through short passes only to have Brady finish the drive off with a scoring strike to the end zone.

There is some concern with the health of two of his favorite targets with Rob Gronkowski still hampered with a bad hamstring and Julien Edelman dealing with a foot injury, but with the “next man up” philosophy in New England very much alive and well, you already know that there are still a number of other targets that can fill the void.