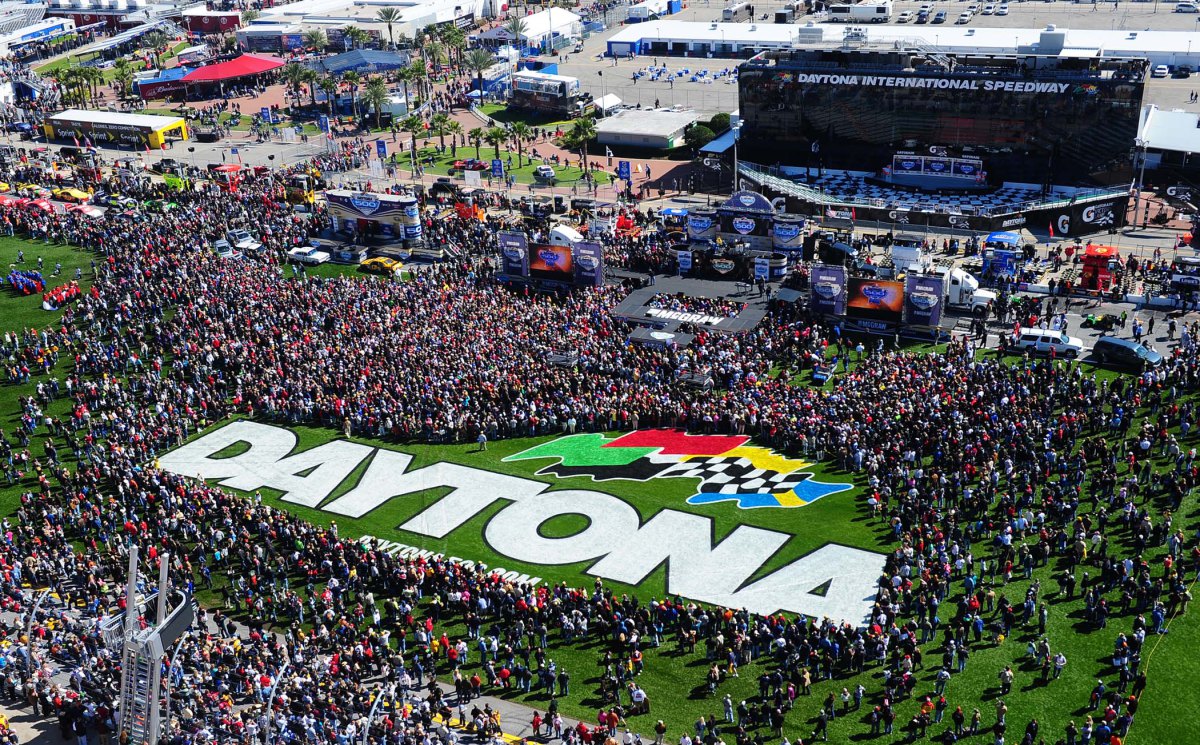 NASCAR returns to action in a big way this Sunday with the running of the Daytona 500 in an anticipated 2 p.m. start on FOX from storied Daytona International Speedway. With Monster Energy taking over the reins as the new Cup Series sponsor and with an entirely revamped racing format that features three separate racing segments, the excitement level for the new season is sky high.

When it comes to betting on any NASCAR point-race event it can be a tall task to cash in on an outright winner. Given the wide open racing conditions at Daytona as a restrictor plate track makes picking the winner in the sport’s biggest race of the year all the more harder. One of the best ways to bet on this Sunday’s Daytona 500 is on the odds posted for any number of head-to-head matchups between some of NASCAR’s top drivers. The best thing about a head-to-head bet is that your driver can finish the race second to last as long as the driver they are pitted against finishes last.

The first head-to-head matchup that caught my eye is between the top two favorites to win; Dale Earnhardt Jr. (-125) vs. Brad Keselowski (-105).

Dale Jr. makes his grand return to Cup Series racing after missing the second half of the 2016 season while recovering from a concussion. The rust factor could be a concern, but given that this is the first point race of the season for every driver in Sunday’s field that impact can be heavily discounted.

Keselowski posted his first career victory at Daytona in the second race here last season, but other than that, his average finishing position at this track is a very underwhelming 20.7. On the flipside of this matchup, Daytona has been one of Junior’s favorite tracks over the course of his career. He has won the Daytona 500 twice (2004 and 2014) and, over his last 10 runs around this track in a point-race event, he has placed in the top three in five of those races.

I really like the No. 88 Chevrolet on Sunday as one of the top favorites to win the Daytona 500 outright so I am going with Dale Jr. in this first head-to-head bet.

The other pairing that I would bet on in Sunday’s race pits Jimmie Johnson (-115) against Kyle Busch (-115). This matchup features the last two Cup Series Champions going up against one another with Johnson winning the title last season after Busch won it all in 2015.

The No. 48 Chevrolet with Johnson behind the wheel finished last season on a tear with three victories in the last seven playoff events including a victory at Homestead-Miami to lock up his seventh career Cup Series title. Last season’s performance at Daytona was forgettable with a 16th-place finish in the Daytona 500 and a distant 35th-place run in the second race here. Putting that aside, Johnson swept the Daytona series in 2013 as part of five Top-5 runs in his previous six races here before last season’s slide.

There is no doubt that the No. 18 Toyota knows its way to Victory Lane with Busch behind the wheel. He won five races in 2015 on his way to his first career title and last season he took the checkered flag four times before coming up short against Johnson in that championship race to finish third in the final 2016 point standings. Busch raced especially well at Daytona last season with a third-place finish in the 500 followed by a second-place run later in the year. My concern when it comes to Sunday’s race is an average finishing position here of 17.5 over the course of his entire racing career.

This should be one of the better battles of the day, but when the smoke finally clears on the track at Daytona late Sunday afternoon I have Johnson finishing ahead of Busch as another top head-to-head bet.