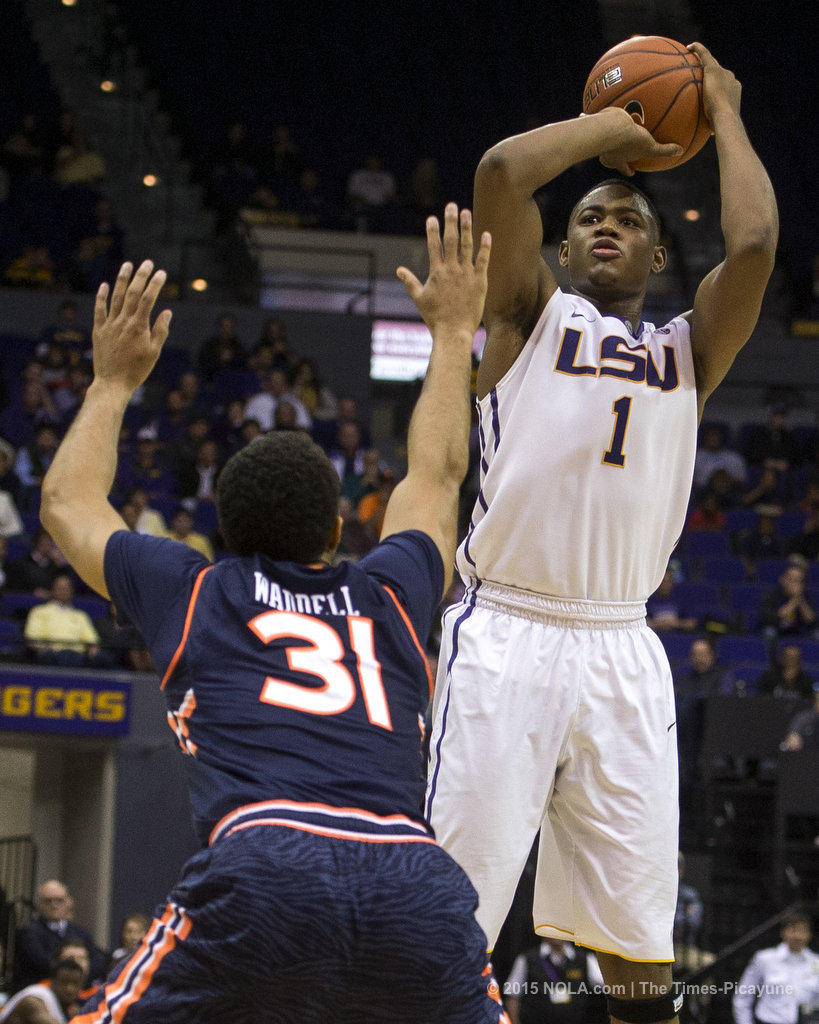 LSU’s offensive success can sometimes be seen in the players making the extra pass that leads to good offense and baskets. That was proven in the win over Ole Miss (1/13) as LSU had 22 assists for 30 baskets (73.3%).

Kareem Canty had a game-high 21 points and a career-high eight rebounds for the second straight time as Auburn fell to Oklahoma State 74-63 in Auburn Arena in the Big 12/SEC Challenge. Freshman Horace Spencer added a career-high 11 rebounds and six blocks to go with six points. The Tigers shot only 29 percent from the floor and 20.7 percent from 3-point range, while missing all 12 second half 3-point attempts.

Tyler Harris recorded his eighth double-double of the season with 16 points and 11 rebounds while TJ Lang added eight points and three steals. Canty leads Auburn with an 18.5 points per game average, with Harris averaging 15.3 points and 8.3 rebounds. T. J. Dunans, who has missed the last 10 games with an injury, averages 12.4 points, while Cinmeon Bowers, who did not play against Oklahoma State, is averaging 10.7 points and 9.1 rebounds.

Bruce Pearl is in his second year at Auburn since returning to coaching. He also spent six seasons as head coach at Tennessee. LSU holds an 84-66 advantage in the series as Auburn won two of the three games last year. LSU won the game at Auburn, while Auburn won in Baton Rouge and Nashville. The teams are 2-2 in Auburn Arena.

You’ll find the LSU Tigers a 7-point road favorite with the number at 158 with LSU -310 and Auburn +250 on the moneyline at America’s Bookie. Check in on the best online sportsbook for all the latest NCAAB odds leading up to March Madness.