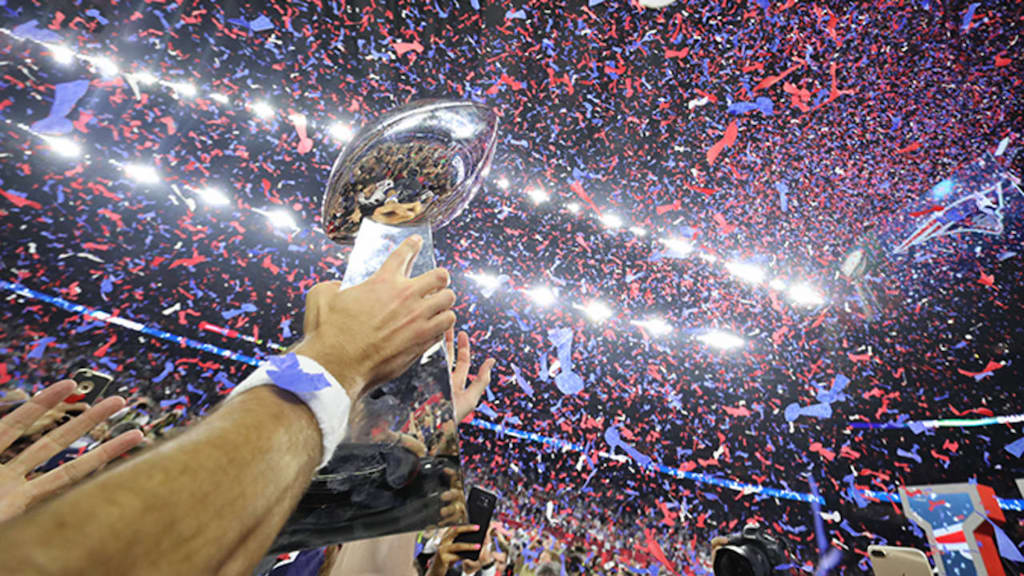 An NFL Week 13 filled with a few major upsets has caused some changes in the Super Bowl LV futures market.

The Pittsburgh Steelers were knocked from the ranks of the unbeaten by Washington. Seattle suffered an upset loss to the New York Giants at home.

A number of teams, including Green Bay and New Orleans, continue to look good and the latest updated Super Bowl LV futures reflect that.

GET THE 1VICE ADVANTAGE BETTING THE NFL

While the Chiefs had to fight to beat rival Denver in Week 13, the defending champs remain the team to beat checking in at +200. At 11-1, the Chiefs have already clinched a playoff spot. They will face Miami (8-4) and New Orleans (10-2) over the next two weeks.

The Saints have also clinched a playoff berth despite Taysom Hill starting the last four games at quarterback for the injured Drew Brees. The defense has been outstanding, which is one big reason why the Saints are listed at +500 to win Super Bowl LV.

Green Bay (9-3) has won four of its last five and is headed for another NFC North title. The Packers and Pittsburgh, a 23-17 loser to Washington, are both listed at +800 to capture another Lombardi Trophy.

Don’t let ego get in the way of buying winning picks.

After the favorites, there is an interesting group of four teams that have what it takes to win a Super Bowl. Seattle is one, but the Seahawks moved to +1400 after a surprising home loss to the New York Giants.

The Rams have a championship caliber defense and the offense is solid when QB Jared Goff is not turning the ball over. L.A. (8-4) now leads the NFC West and is listed at +1200 to win the Super Bowl.

Bettors can never count Tom Brady out of anything, which is why Tampa Bay is given +1600 odds to win. The Bucs also have an outstanding defense.

Buffalo (+1700) is 9-3 and headed toward a showdown with Miami for the AFC East title. It would mark the Bills first division title since 1995.

If you love longshots, there are a handful worthy of a wager. Cleveland is 9-3 for the first time in almost forever. The Browns are listed at +3000 at online sportsbooks, but they are still the Browns and have struggled against very good defenses.

The better bet is on AFC North foe Baltimore (+2800) which has one of the league’s best defenses and the reigning MVP, Lamar Jackson, at quarterback.

Both Indianapolis and Tennessee are listed at +3000. The Colts are the better defense; the Titans have the more explosive offense. Remember, Tennessee played for the AFC championship last year.

The final longshot worthy of consideration is Arizona (+6000). The Cardinals are in the midst of a three-game losing streak, but they get a chance to remedy that with consecutive games against the Giants and Eagles. Then, they finish the season with two straight NFC West games – the 49ers and Rams.

Arizona has the quarterback – Kyler Murray – and an offense that can put up the points. They have the fourth-best rushing attack in the league and, with the right draw in the postseason, who knows?