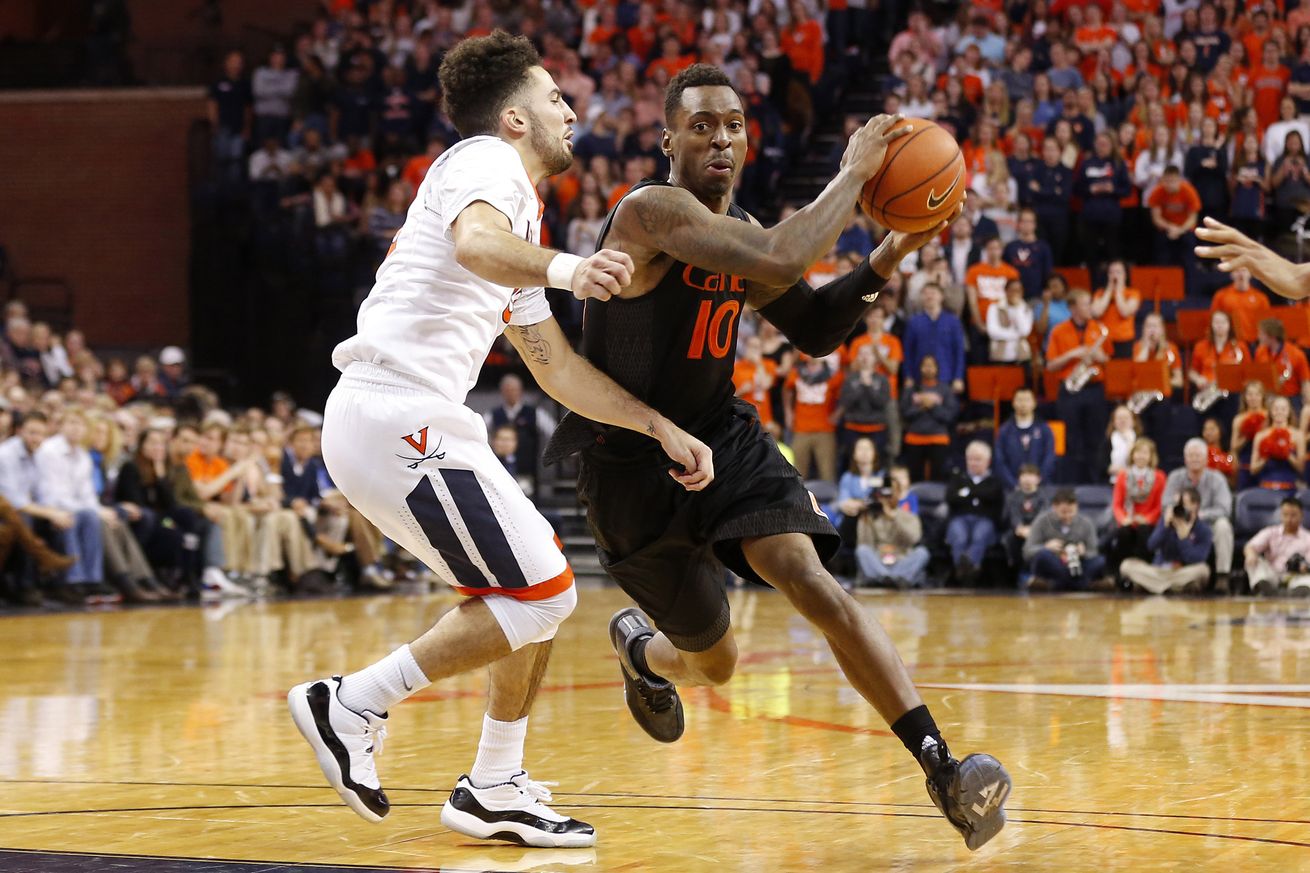 Miami ranks 12th in the nation in free throw percentage, connecting on 426-of-561 (75.9%) shots at the free throw line. Miami averages 17.0 points per game at the line, and has posted a +11.7 scoring margin overall this season. The Canes have drawn 485 fouls, while committing only 419, which ranks No. 13 in the country in fewest fouls. Opponents have just 410 attempts at the charity stripe.

He is also eighth in the ACC in turnover rate (11.1). The Houston native is currently on three national players of the year midseason watch lists: Naismith trophy Men’s College Player of the Year, Oscar Robertson trophy for Men’s National Player of the Year and Jerry West Shooting Guard of the Year Award.

Miami starts two redshirt seniors, one true senior, a redshirt junior and a true junior. Those players combine for 369 starts and 557 games played. Sheldon McClellan has started 86 games playing in 131, Tonye Jekiri has 78 starts in 129 games, Angel Rodriguez is at 94/122, Davon Reed 56/88 and Kamari Murphy 55/88. Those five players have been on a Division 1 team a combined 21 seasons, as McClellan and Rodriguez are both in their fifth year on the court, Jekiri and Murphy are each in their fourth season, and Reed is a true junior.