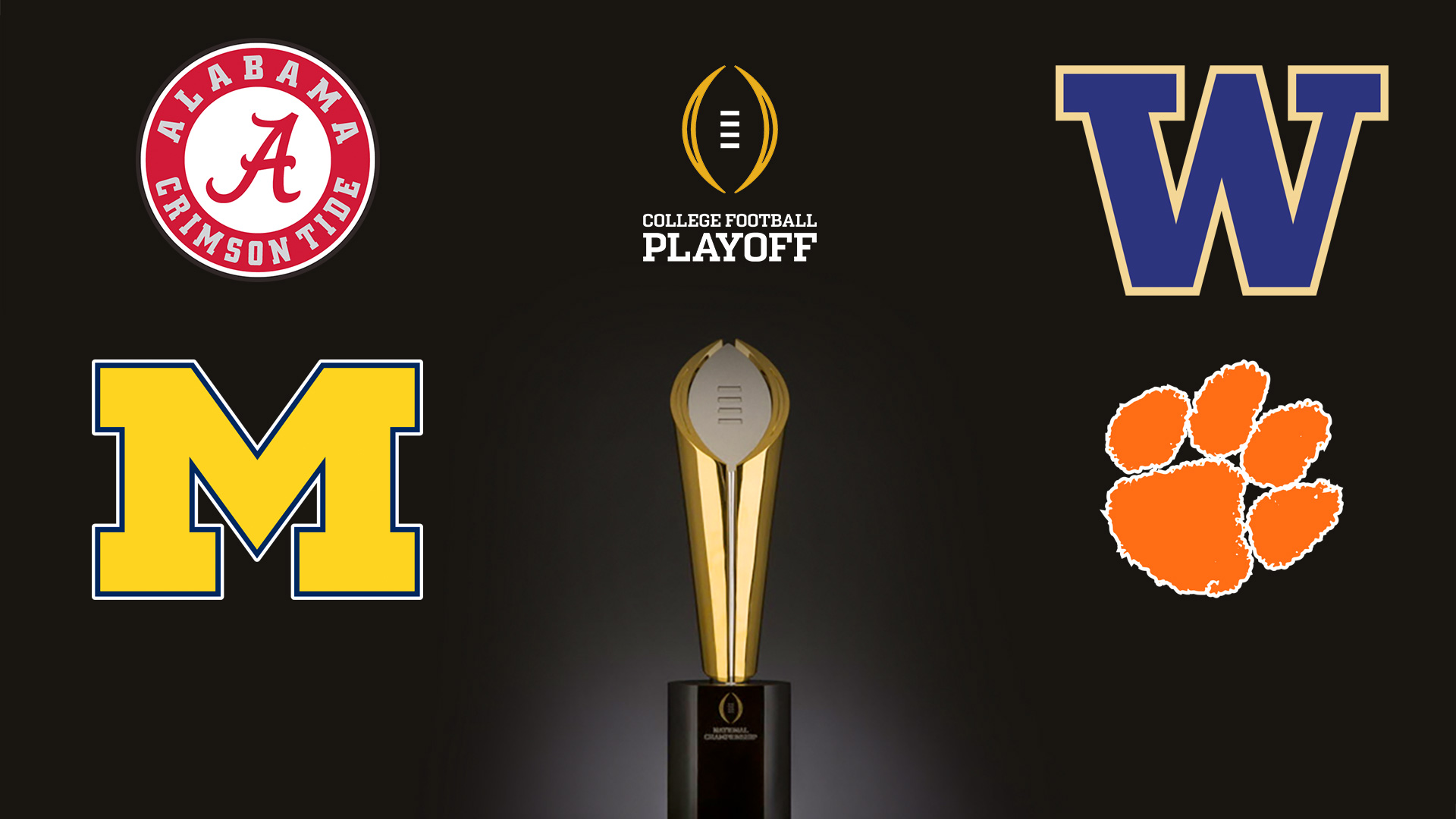 The initial 2016 College Football Playoff rankings were released earlier this week and as expected Alabama, Clemson and Michigan topped the list. In a bit of a surprise, Texas A&M was ranked ahead of undefeated Washington to round out the top four teams. Anything can still happen between now and the final rankings in early December, but as long as each of these four teams keep winning they should hold onto their spot to play for a national title. Here is a look at what each of the top four teams are up against this week.

No. 1 Alabama Crimson Tide at No. 13 LSU Tigers

The 8-0 Tide are the best team in the nation on the field and they have also been a solid bet this season at 6-2 against the spread. They come into this Saturday night’s SEC showdown against LSU as 7.5-point road favorites and the total line for this game has been set at 45.5. The Tigers have gone 5-2 SU in their first seven games with a 3-4 record ATS. The total has stayed UNDER or ended as a PUSH in all seven LSU games. Head-to-head in this matchup, Alabama has won the last five meetings SU and it has a 4-1 edge ATS. The total has stayed UNDER in six of the last seven meetings.

Syracuse Orange at No. 2 Clemson Tigers

Clemson comes into this game as a heavy 26-point home favorite with the total set at 66.5. After squeezing past Florida State 37-34 this past Saturday, the Tigers improved to 8-0 SU on the year, but after failing to cover as four-point road favorites they are an even 4-4 ATS. Syracuse is an even 4-4 both SU and ATS and the total has stayed UNDER in six of those eight games. Game time is set for 3:30 p.m. on ABC and going back over the last three meetings Clemson is 3-0 SU, but the Orange hold a 2-1 edge ATS. The total has stayed UNDER in two of those three meetings.

Maryland Terrapins at No. 3 Michigan Wolverines

The Wolverines stayed perfect on the year at 8-0 SU with last Saturday’s 32-23 victory against Michigan State, but they came nowhere close to covering as heavy 24.5-point road favorites. They will play host to the Terrapins this Saturday in a 3:30 p.m. start ESPN as 31-point favorites with the total set at 54. Michigan is 4-4 ATS and the total has gone OVER in six of those eight games. Maryland has a SU record of 5-3 while going 3-5 ATS. The total has stayed UNDER in six of eight games. Head-to-head, the road team has won the last two matchups both SU and ATS. The total stayed UNDER in both of those games.

The Aggies will be out to prove they belong in the top four of the College Football Playoff rankings as the only team with a SU loss this season. They are 7-1 overall with a 4-4 record ATS and they come into this SEC tilt as 13.5-point road favorites. The total for this 12 p.m. start on the SEC Network has been set at 61.5 and it has stayed UNDER or ended as a PUSH in six of Texas A&M’s eight games this year. Mississippi State is sitting at 3-5 both SU and ATS with the total staying UNDER in five of its first eight games. The Bulldogs are 1-3 ATS at home this season and the Aggies are 1-4 ATS in their last five games on the road. The road team has won the last three meetings SU and the total has gone OVER in two of those three games.