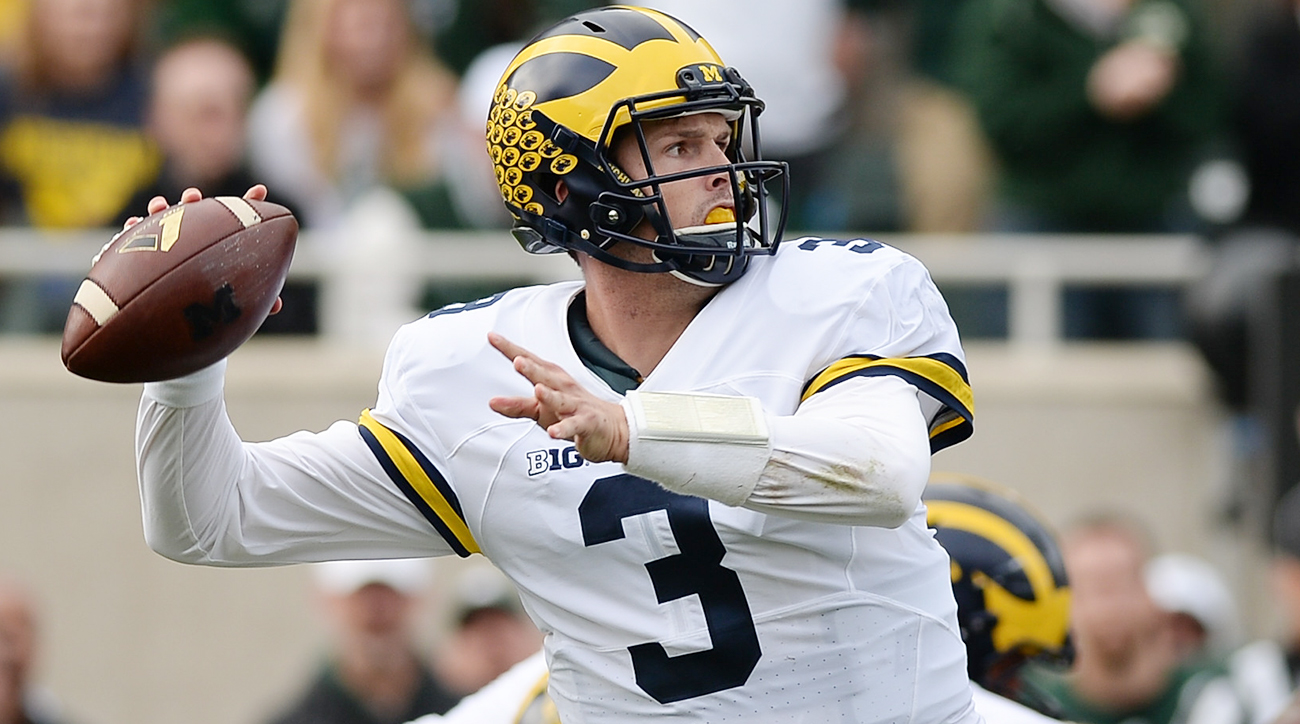 The top three teams in the initial College Football Playoff rankings took another step towards playing for this season’s national title with a victory last week to stay undefeated on the year. Texas A&M’s stay in the top four was brief after losing to Mississippi State. Taking the Aggies’ place this week at No. 4 is the Pac-12’s Washington Huskies, who are also unbeaten through nine games. Here is a brief look at what’s up next for the top four teams in this Saturday’s Week 11 college football slate.

The 4-5 Bulldogs knocked Texas A&M out of the College Football Playoff with last week’s stunning 35-28 upset as 10-point home underdogs and they have been listed as heavy 29-point road underdogs to make lightning strike twice. The top-ranked Crimson Tide grinded out a 10-0 victory against LSU their last time out as seven-point road favorites to improve to 9-0 straight-up with a profitable 7-2 record ATS. They are 4-1 ATS in five previous home games this season and they have covered in their last four games overall. The total line for this SEC battle has been set at 55 and it has stayed UNDER in four of Alabama’s last six games.

Pittsburgh Panthers at No. 2 Clemson Tigers

Pittsburgh got its doors blown off last week in a 51-28 loss to Miami (FL) as a 4.5-point road underdog. The Panthers are now 5-4 on the year with a 3-6 record ATS. The total went OVER 58 in last week’s loss and it has now gone OVER in their last eight games. Clemson helped to cement its place as the No. 2 team in the nation with last week’s 54-0 romp over Syracuse. The Tigers have now covered Against the Spread in five of their last seven games and the total has gone OVER in three of their last five outings. Clemson is listed as a 20.5-point home favorite in this ACC tilt and the total for this game has been set at 66.5.

No. 3 Michigan Wolverines at Iowa Hawkeyes

Michigan stayed perfect on the year at 9-0 SU with a 59-3 rout of Maryland its last time out. It covered the 30-point spread at home in that game to move to 5-4 ATS on the year. The total went OVER 55 points against the Terrapins and it has gone OVER in seven of the Wolverines’ first nine games this year. Iowa has been listed as a 21.5-point home underdog for this inter-division matchup in the Big Ten. The Hawkeyes are 5-4 SU this season with a 3-6 record ATS. They are 1-4 ATS at home and 1-2 ATS when closing as underdogs. The total for this game has been set at 51 and it has stayed UNDER in four of Iowa’s last six home games.

No. 20 USC Trojans at No. 4 Washington Huskies

The Trojans will try and play the role of spoiler this week as nine-point road underdogs and the total for this game has been set at 63. USC comes into this Pac-12 inter-division showdown riding a SU five-game winning streak while going 4-1 ATS. The total has stayed UNDER in all five games. The Huskies moved to 9-0 SU on the year with a 66-27 beatdown of California last Saturday as 19-point road favorites. They moved to 5-4 ATS and the total has now gone OVER in their last six games. Head-to-head in this matchup, Southern Cal has a 4-1 edge both SU and ATS in its last five road games against the Huskies. The total has stayed UNDER in four of the last five meetings overall.