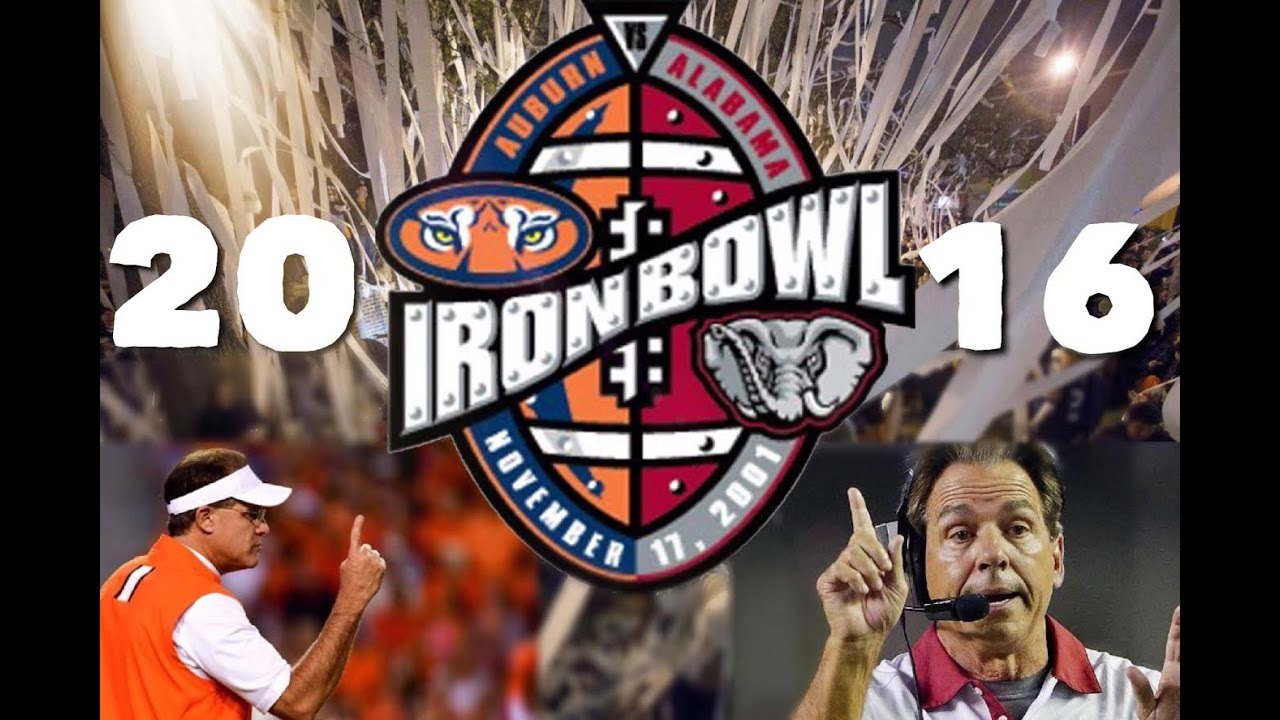 With Saturday’s slate packed with a number classic college football rivalries, it does not get any bigger than this when it comes to deciding which four teams will end up competing in this season’s College Football Playoff. The results in three key showdowns involving the top four teams in the current standings are sure to go a long way towards shaping the final field. Here is a brief look at all three of these bitter rivalries.

No. 13 Auburn Tigers at No. 1 Alabama Crimson Tide

Auburn blew its shot at making it into the College Football Playoff with a bad loss to Georgia earlier this month, but it would love nothing better than to put a kink in its archrival’s postseason plans. The Tigers come into this year’s Iron Bowl as heavy 17-point road underdogs to pull off the improbable upset. They have gone 8-3 both straight-up and against the spread in their first 11 games with the total staying UNDER in seven of those contests.

The top-ranked Crimson Tide have their sights set on another College Football Playoff Championship and they are just one more win away from a perfect run through the regular season. They have also been a solid betting team this season at 8-3 ATS and the total has gone OVER in three of their last five games. The total line for Saturday’s SEC showdown at 3:30 p.m. on CBS has been set at 46.5 and it has stayed UNDER in five of Alabama’s last six home games.

Head-to-head in this bitter rivalry, the Tide have a 4-1 edge both SU and ATS in the last five meetings. Alabama has won the last two meetings SU, but neither team has won three Iron Bowls in a row since 1992.

No. 3 Michigan Wolverines at No. 2 Ohio State Buckeyes

The eventual outcome of this heated Big Ten tilt will have an impact on a number of team’s chances to claim one of the four spots in this season’s College Football Playoff. Most books have Ohio State listed as a 6.5-point home favorite and the total has been set at 45.5 for the 12 p.m. start on ABC. The Wolverines come into Columbus with a SU 10-1 record while going 5-6 ATS. The total has stayed UNDER in three of their last five games, but it has gone OVER in six of its last seven games on the road.

The Buckeyes’ run at a perfect season was derailed in a stunning loss to Penn State on Oct. 22 and going back to a tighter than expected victory against Indiana in early October they are just 2-5 ATS in their last seven games. The total has also stayed UNDER in three of their last five outings.

Ohio State has dominated this rivalry over the years with a SU 11-1 record in the last 12 meetings. The Buckeyes have a 5-2 edge ATS in their last seven home games against the Wolverines and the total has gone OVER in four of the last six meetings in Columbus.

It has been a few years since South Carolina made its presence felt in the SEC, but it comes into this classic rivalry on a SU 4-1 run in its last five games including a big win over Tennessee as a 14.5-point home underdog. The Gamecocks are set as 24-point road underdogs for this 7:30 p.m. clash on ESPN and the betting line for the total has been set at 50. South Carolina is 6-5 on the year SU (5-6 ATS) and the total has stayed UNDER in eight of those 11 games.

Clemson is trying to lockup its second-straight College Football Playoff bid at 10-1 SU on the year. The Tigers have also gone 5-6 ATS and the total has gone OVER in three of their last four games. The Gamecocks have a SU 5-2 edge in the last seven meetings overall, but Clemson is 6-3 SU in its last nine home games against South Carolina. The total in this in-state rivalry has stayed UNDER in four of the last six meetings in Clemson.