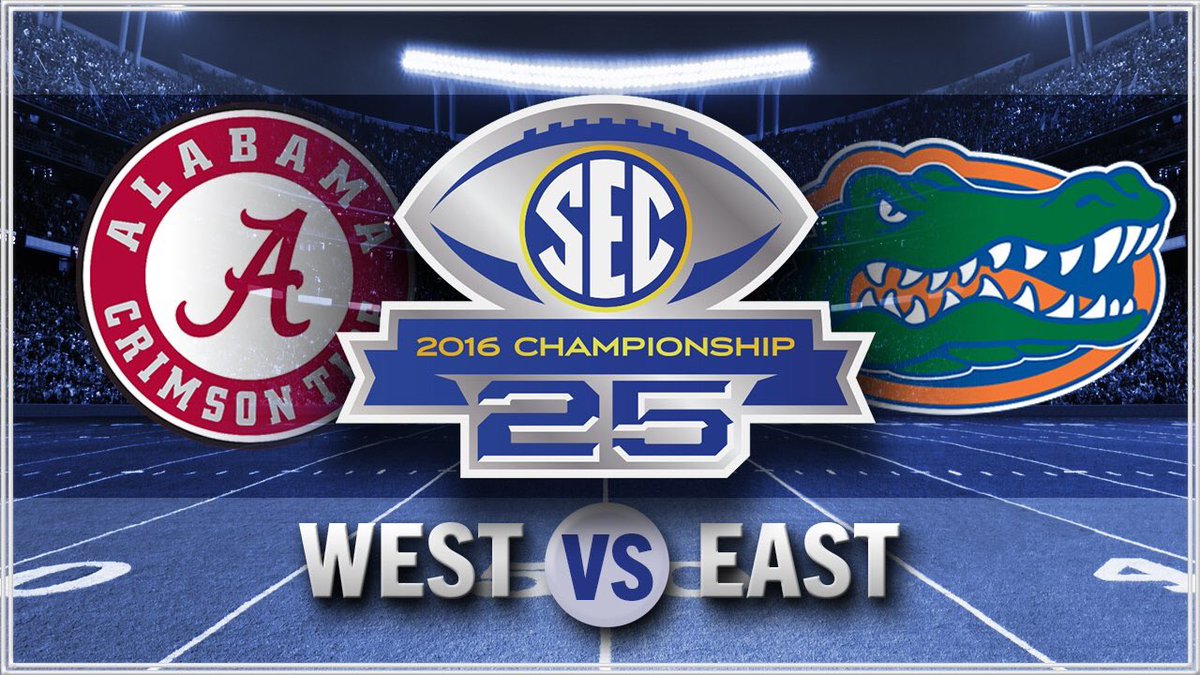 Three of the top four teams in the current College Football Playoff rankings can pretty much control their own destiny with a victory in their respective conference championship game this weekend, while No. 2 Ohio State awaits its ultimate fate while remaining idle. The following is a brief betting preview for these three key showdowns.

No. 1 Alabama Crimson Tide vs. No. 15 Florida Gators

The undefeated Tide are widely considered a lock to earn a spot in the College Football Playoff even with a loss in this SEC title game, but do not tell that to Head Coach Nick Saban. You know that he will have his team ready to go as a heavy 24-point favorite in a 4 p.m. (ET) start at the Georgia Dome. Alabama has already won its first 12 games straight-up and it is a profitable 8-4 ATS. The total has stayed UNDER in four of its last five contests.

The Gators secured the SEC’s East Division title for the second-straight season with a SU 6-2 record in conference play as part of an overall record of 8-3. Florida is coming off a 31-13 loss to rival Florida State last Saturday as an 8.5-point road underdog. The total stayed UNDER 47 points in that loss and it has now stayed UNDER in the Gators’ last five games. They are 1-2 ATS this season when closing as underdogs.

Alabama has won the last five meetings SU, but it did fail to cover against the Gators in last year’s SEC Championship with a 29-15 victory as a 16.5-point favorite. The total has gone OVER in the last three meetings.

No. 3 Clemson Tigers vs. No. 23 Virginia Tech Hokies

Clemson is one win away from a return trip to the College Football Playoff and it will take on Virginia Tech in this year’s ACC Championship as a 10-point neutral-site favorite at Camping World Stadium in Orlando. The total line for Saturday night’s 8 p.m. start has been set at 58. The Tigers lone setback against 11 SU wins came against Pittsburgh in a wild 43-42 loss on Nov. 12 as heavy 21.5-point home favorites. They went an even 6-6 ATS this year and the total has stayed UNDER in four of their last five games.

Virginia Tech’s SU 6-2 record in conference play was good enough to secure the Coastal Division title as part of an overall record of 9-3. The Hokies are also 6-6 ATS and the total has gone OVER in four of their last six games. They come into this title game with a 1-4 record ATS in their last five neutral-site matchups.

The underdog in this inter-division showdown has covered ATS in four of the last five meetings and the total has stayed UNDER in five of the last six games. The last time these two ACC foes met was in 2012 with Clemson coming away with a 38-17 victory as a 7.5-point home favorite.

No. 4 Washington Huskies vs. No. 8 Colorado Buffaloes

Washington was able to work its way back into a possible playoff spot with last week’s 45-17 rout of rival Washington State as a 6.5-point road favorite. The Huskies are now 11-1 SU with an even 6-6 mark ATS. The total stayed UNDER 63 in last week’s win and it has stayed UNDER in their last three games.

The Buffaloes come into Friday night’s Pac-12 Championship as 7.5-point underdogs in a 9 p.m. start at Levi’s Stadium in Santa Clara. The total line for this matchup has been set at 58.5. Colorado ended the regular season at 10-2 both SU and ATS as the best betting team in the Pac-12. The Buffaloes went a perfect 4-0 ATS this season when closing as underdogs and the total has stayed UNDER in six of their last eight games overall.

Washington’s current winning streak in this series stands at six games both SU and ATS with the total going OVER in four of those matchups. The last time these two teams met was in 2014 with the Huskies covering as three-point road favorites in a 38-23 win.